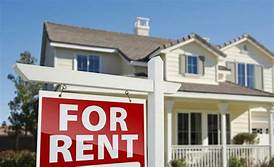 I have been in real estate almost 30 years now as a mortgage lender, a real-estate agent and a broker. Your actions and behaviors over the matter of the shortage of rental housing, in line with the “housing” activists, is truly unfathomable. Your actions are a furthering of the problem of why there is a lack of affordable housing and especially affordable rental housing in our area to wit;

Your recent dramatic increase to all connection and permitting fees to build on vacant lots over the last few years has greatly curbed the construction of new housing on said lots. I specialize in the North Sacramento and Del Paso Heights area and I can tell you the number of owners who have told me time and again that they would build tomorrow if the building fees were reduced to reasonable levels. And just this week I lost a sale on two vacant lots as the buyer, a contractor,  cancelled when they found out that it would cost them $100,000 in city fees before they even broke ground. That is the third lot sale lost in the last 6 months I personally had due to HIGH building fees.

The Spec builder doing infill construction cannot compete with the large builders, many of whom get significant breaks and incentives from the city, and thus infill is greatly curtailed throughout Sacramento. If you are familiar with the valid economic concepts which anyone could obtain from an Econ 101 class, you would understand that making something easier and cheaper for a producer to produce the product or service you want, would create an abundance of that product or service at a lower cost. So far the actions of the State legislature and the city administrators has been to raise the costs for a producer of housing so high that they find it increasingly difficult if not impossible to produce new housing.

Of course that does not stop either august political body from taking out the whip of rent control and punishing landlords for the very shortage that our politicians helped create. Another disastrous move on the part of the economically illiterate that fail to understand human action. In the face of burgeoning rent control the vast majority of landlords quickly raised rents, many who I know personally had not raised rents in over 5 years, they then moved to raise them to the market rate. Of course these owners are tar brushed as horrible greedy people! “How dare they fight against their own debasement and immiseration?!” I have received numerous calls from rental owners over the last year and a half where they tell me that they are fully prepared to sell their rental properties in the face of further controls especially of the single family housing market. Many have already started selling. These homes are being sold to owner occupants, not investors. Each such sale takes one more rental out of the rental market. When all is said and done every movement toward more draconian rent control will see a drastic reduction in the number of rental houses available. If the new rent control initiative that is coming on the June ballot passes the present rental housing crunch we have today will soon be turned into a crisis by the uneconomic continuing political action of elected officials and those of the so called “housing” activists.

If our housing development departments were staffed and run by anyone with a valid economics background, or even common sense, our policies would be tremendously different. For starters they would immediately implement something like the following changes.

These are just a few suggestions, but anything and everything that can lower the cost and barriers to build new rental housing would greatly increase the amount of building said housing.
City Revenue Enhancement: A vacant lot has a greatly reduced property tax on it then an improved property. By making it easier to build residential properties, single to multiple units, the amount of property tax revenue the city would realize would increase almost exponentially. Typically the lots I help sell have a $400 yearly property tax on them and have been siting there for years, if not decades, just waiting for the right time and right buyer/owner to build upon them. Let’s look at a typical situation.

After constructing a $300,000 building upon a vacant lot that had a $400 a year property tax assessment the new tax assessment is about $3,750, an 837.5% increase in the tax base. If we add this windfall over 1,000 such properties we have a significant increase in revenue ($3,350 x 1,000=$3.35 million in new tax revenue). If we also add in the construction jobs, the support of building material suppliers etc. the benefit to the Sacramento region is enormous (Income tax, sales tax, payments to disability etc.) Giving even more incentives to builders of multiple units both benefits the city and the state and causes the rental prices to fall as the supply of rental properties increases.

Rent control and all such “austerity” measures are like whipping a starving horse because it won’t do the same amount of work after you have restricted its food supply. If you want a healthy horse you have to give it abundant healthy food and water. The economy is the same way, spur incentive and you will see the problems that we presently have disappear rather quickly, punish incentive and you will have a dramatically worse situation then we have right now- basically a dead horse.

I challenge the council to take up the ideas of how to achieve abundance of rental housing that I have raised and implement either a rollback, or a moratorium, on connection and permit fees to help spur construction of the very properties you say you wish to see built. The long term tax benefits to the city will greatly outweigh the short term connection fee losses.